Large leg length inequalities can be treated by staged lengthenings or by simultaneous ipsilateral femoral and tibial lengthenings. Additionally, lengthenings can be combined with appropriately timed epiphysiodesis in an effort to produce leg length equality. Staged lengthenings are often used for congenital deficiencies such as fibular hemimelia, in which 15 cm or more may be needed to produce leg length equality. We typically plan for the final lengthening to be completed by age 13 or 14 years, and allow at least 3 years between lengthenings. Lengthening of both the tibia and femur simultaneously requires aggressive therapy and treatment of soft tissue contractures. Curran et al[57] reported the need for surgical release of soft tissue contractures in 3 of 8 patients treated with simultaneous ipsilateral femoral and tibial lengthenings. Lengthening over an IM nail can be done in an effort to decrease the amount of time the fixator needs to be worn and to prevent angular malalignment. This technique requires that the patient be skeletally mature and it carries a higher risk of osteomyelitis (up to 15%). Additionally, if premature consolidation occurs, a repeat corticotomy is more difficult. 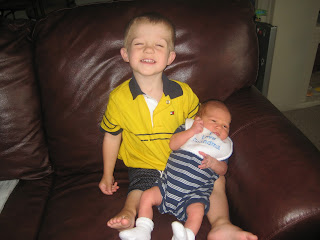 Some causes of leg length discrepancy (other than anatomical). Dysfunction of the hip joint itself leading to compensatory alterations by the joint and muscles that impact on the joint. Muscle mass itself, i.e., the vastus lateralis muscle, pushes the iliotibial band laterally, causing femoral compensations to maintain a line of progression during the gait cycle. This is often misdiagnosed as I-T band syndrome and subsequently treated incorrectly. The internal rotators of the lower limb are being chronically short or in a state of contracture. According to Cunningham's Manual of Practical Anatomy these are muscles whose insertion is lateral to the long axis of the femur. The external rotators of the hip joint are evidenced in the hip rotation test. The iliosacral joint displays joint fixations on the superior or inferior transverse, or the sagittal axes. This may result from many causes including joint, muscle, osseous or compensatory considerations. Short hamstring muscles, i.e., the long head of the biceps femoris muscle. In the closed kinetic chain an inability of the fibula to drop inferior will result in sacrotuberous ligament loading failure. The sacroiliac joint dysfunctions along its right or left oblique axis. Failure or incorrect loading of the Back Force Transmission System (the longitudinal-muscle-tendon-fascia sling and the oblique dorsal muscle-fascia-tendon sling). See the proceedings of the first and second Interdisciplinary World Congress on Low Back Pain. Sacral dysfunction (nutation or counternutation) on the respiratory axis. When we consider the above mentioned, and other causes, it should be obvious that unless we look at all of the causes of leg length discrepancy/asymmetry then we will most assuredly reach a diagnosis based on historical dogma or ritual rather than applying the rules of current differential diagnosis.

Patients with significant lower limb length discrepancies may walk with a limp, have the appearance of a curved spine (non-structural scoliosis), and experience back pain or fatigue. In addition, clothes may not fit right.

Infants, children or adolescents suspected of having a limb-length condition should receive an evaluation at the first sign of difficulty in using their arms or legs. In many cases, signs are subtle and only noticeable in certain situations, such as when buying clothing or playing sports. Proper initial assessments by qualified pediatric orthopedic providers can reduce the likelihood of long-term complications and increase the likelihood that less invasive management will be effective. In most cases, very mild limb length discrepancies require no formal treatment at all.

Treatments for limb-length discrepancies and differences vary, depending on the cause and severity of the condition. At Gillette, our orthopedic surgeons are experts in typical and atypical growth and development. Our expertise lets us plan treatments that offer a lifetime of benefits. Treatments might include monitoring growth and development, providing noninvasive treatments or therapy, and providing a combination of orthopedic surgical procedures. To date, alternative treatments (such as chiropractic care or physical therapy) have not measurably altered the progression of or improved limb-length conditions. However, children often have physical or occupational therapy to address related conditions, such as muscle weakness or inflexibility, or to speed recovery following a surgical procedure. In cases where surgical treatment isn?t necessary, our orthopedists may monitor patients and plan noninvasive treatments, such as, occupational therapy, orthoses (braces) and shoe inserts, physical therapy, prostheses (artificial limbs).

In growing children, legs can be made equal or nearly equal in length with a relatively simple surgical procedure. This procedure slows down the growth of the longer leg at one or two growth sites. Your physician can tell you how much equalization can be gained by this procedure. The procedure is performed under X-ray control through very small incisions in the knee area. This procedure will not cause an immediate correction in length. Instead, the limb length discrepancy will gradually decrease as the opposite extremity continues to grow and "catch up." Timing of the procedure is critical. The goal is to reach equal leg length by the time growth normally ends. This is usually in the mid-to-late teenage years. Disadvantages of this option include the possibility of slight over-correction or under-correction of the limb length discrepancy. In addition, the patient's adult height will be less than if the shorter leg had been lengthened. Correction of significant limb length discrepancy by this method may make a patient's body look slightly disproportionate because of the shorter leg. In some cases the longer leg can be shortened, but a major shortening may weaken the muscles of the leg. In the thighbone (femur), a maximum of 3 inches can be shortened. In the shinbone, a maximum of 2 inches can be shortened.
« Achilles Tendon Rupture Pain After Surg… Acquired Flat Foot Tibialis Posterior T… »
Profile